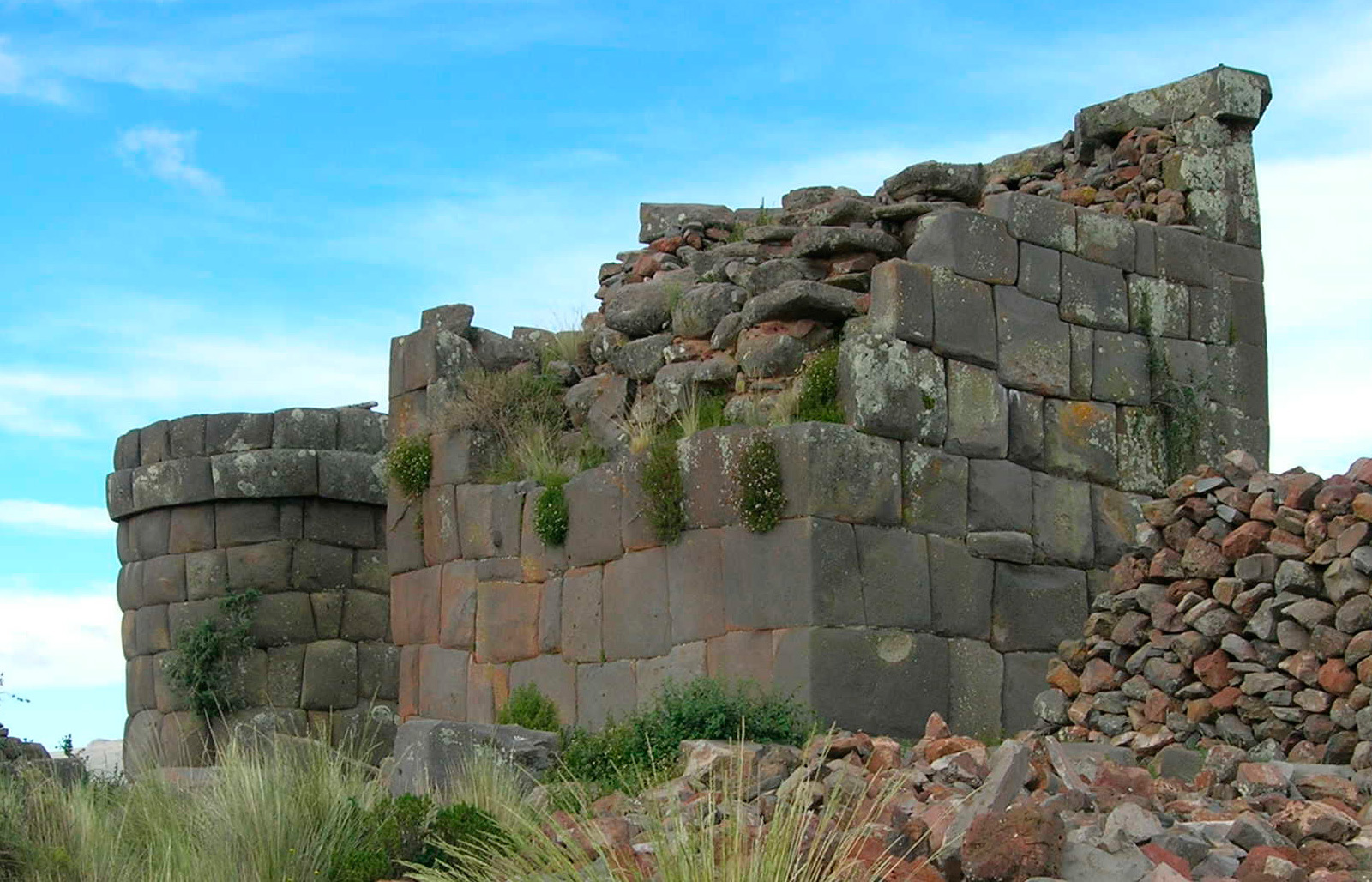 Located 18 km from the city of Puno. It was the capital of the Lupakas in Kolla culture, known as the most powerful man in the highlands. In Inca times, a unique monument to fertility was built, called “INKA UYO”. At the time of the colony, the temples were built and it was an administrative seat, where they operated the royal boxes of the king of Spain.

The archaeological complex of Cutimbo, located 22 km from the city of Puno. Where there is pre-Inca and Inca archaeological evidence; cave paintings of 8,000 years old, chullpas of different dimensions (funerary buildings), with zoomorphic representations in high relief. The existence of these structures explains the worship rooted in the dead and the belief in immortality.

Located 80 km from the city of Puno. Known as the little Rome of America. During the colony it was a great cultural and religious center. It preserves its urban architecture and its landscapes. It has four temples, the same ones that maintain a great amount of pictorial works of the schools Cusqueña and Italian.

Located 130 km from the city of Puno. Called “The Philosophical Variety of the Altiplano”. There is a beautiful and extensive landscape of the lake. During the colony was built the majestic temple of San Santiago.

Register now! We will send you best offers for your trip.