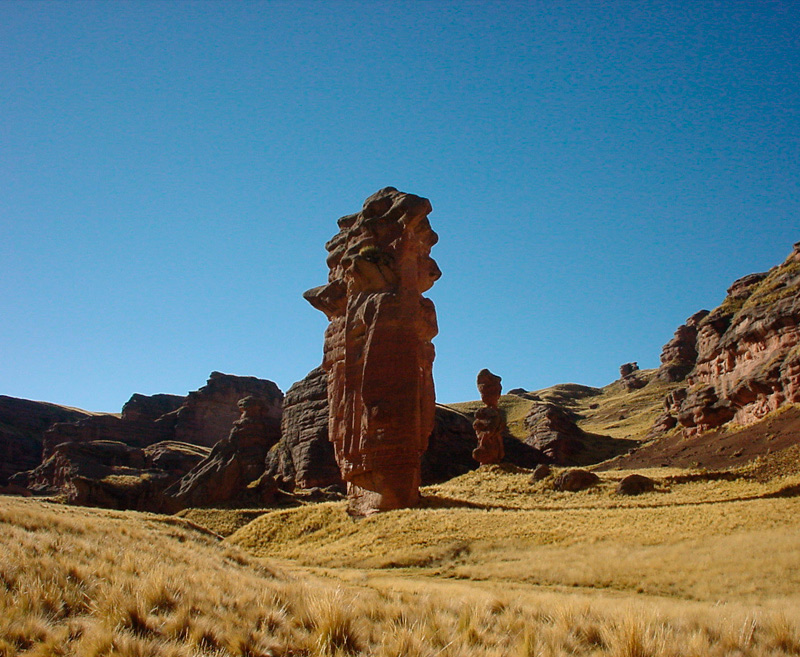 Located 34 km from the city of Puno. It is one of the largest and most impressive Necropolises in America and the World. The chullpas (funerary buildings), are gigantic funeral monuments built in different times and cultures. These buildings constitute a challenge to the laws of balance because they have less diameter at the base than at the top.

The archaeological complex of Pukara, is located 84 km from the city of Puno. The investigations show that it was a pre-Inca town, fundamentally religious, that influenced the Tiwanaku culture, the same one that is shown in its architecture, sculpture and ceramics.

Lampa pink city, known as “city of the 7 wonders”, is located 75 km from the city of Puno. Its archaeological ruins, the famous replicas of the Pieta by Michelangelo, the Parish Church of Santiago Apostle, the chinchilla farm, its folklore, its thermal waters and the stone bridge make up the beauty of the 7 wonders.

Ayaviri is located 130 km from the city of Puno. It is on the way to Cusco. Its main tourist attractions are: The colonial temple dedicated to San Francisco de Asís, Tinajani (bath of the devil); whose geological formation is so capricious that it causes the admiration of explorers and geology scholars, they also have thermal baths.

Register now! We will send you best offers for your trip.